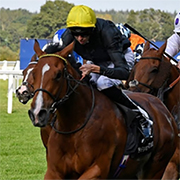 A 6f sprint for Class 2 handicappers featuring a mix of improving three-year-olds and plenty of well-established names including five previous course winners amongst the 26 entries.

Just the five previous runnings to work off and, after five-year-olds winning for the first three years, it is connections of three-year-olds who are now eyeing up a third successive victory for their generation.

Five three-year-olds have been entered of which the most intriguing if declared is the unbeaten-in-two Starman for the Ed Walker stable that won this race for the last two years with Fille de Reve and Swindler, though this will not be missed by the media. Four-year-olds are 0-23 which is a statistical anomaly rather than anything else but I’d be concerned for horses aged 6+.

Both winning three-year-olds started favourite (or joint-favourite) and the 2017 winner was sent off second-favourite so the market has been a good pointer of late.

The last four winners have come from the higher half of the draw (stands’ side) which has largely been favoured in sprints at Ascot this season.