Soft-good to soft in places 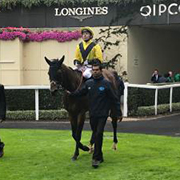 This Class 2 handicap over the straight mile is also in its sixth year, has also attracted nine declarations and also has just one three-year-old in Mon Choix. The Classic generation has a pretty good record so far with two winners and three placed runners from their ten starters. Compare that to 0-10 for four-year-olds and just two places. Five-year-olds and older contenders have had more runners, 25 in total, helping them to three wins and three places.

It’s been a mighty frustrating handicap so far for favourite backers with four second-place finishes in five years. In fact, no second-favourite has won either so perhaps this is a race to look for a bigger-priced contender?

Does anyone ride the straight course at Ascot better than Jamie Spencer? Three winners in this handicap in its first five years is some return and, connections knowing how well he performs over this straight course looking to snap up his services, means that he has a better chance of getting on those with better chances. David O’Meara has acquired his services to take the mount on Orbaan.

All five winners to date were rated 92+ heading into the race but four of those were rated 97-99. Only Breden fits into that narrow ratings band this time with Walhaan, Gin Palace and Mon Choix falling under the 92 figure. Only just, mind you.

No winner has emerged from lower than stall 5 in not particularly big fields - 12 being the largest.

Negatives
Officially rated below 92
The favourite and second-favourite